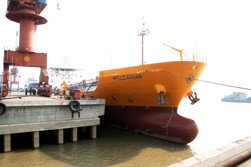 API Marine has delivered and successfully commissioned its first supply of full integrated Cargo Control Automation and Remote Valve Control System for the first vessel in a series of Lauritzen Kosan’s six pressurized gas carriers, built at Yangzhou Kejin shipyard in China. An experienced team of API Marine service engineers has been working in close cooperation with the Chinese shipyard representatives and the site management team of Lauritzen Kosan engineers in order to provide a fully functioning system, meeting highest requirements of quality and safety. 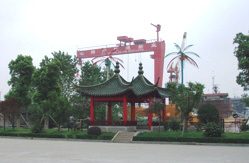 “Successful handover of our advanced integrated system for Helle Kosan has been a milestone in the development of API Marine, giving us valuable experience in China and opening vast opportunities in the Asian market, especially in the field of specialized gas carriers”, says Sven Egelund Rasmussen, Managing Director of API Marine.

Commissioning of API Marine equipment for the remaining five pressurized gas carriers is scheduled to be carried out throughout 2011.