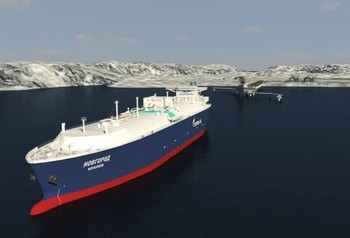 API Marine has signed a contract with Daewoo Shipbuilding & Marine Engineering Co., Ltd. (DSME) for the supply of Remote Sounding System for a series of gas tankers for the “Yamal LNG” project.

The API Marine sensors, which has marine class approval to -50° Celsius is ideally suited of this type of applications, and this prestigious order is an important step in being a recognized partner and supplier for ice-class & arctic applications.

A total of 16 new tankers are planned to be built for the project “Yamal LNG” – they will be able to overcome the ice thickness of 2.1 m and work independently on the Northern sea routes/ Arctic seas all year round.

The LNG tankers will able to operate at an air temperature of minus 52 degrees and overcome the ice thickness of 2.1 meters, allowing them to work in the Arctic without icebreaker assistance. Tankers will be able to move on the ice not only with the bow, but with the stern forward as well.

The main destination for new vessels will be Sabetta port, located on the east coast of the Yamal peninsula. With the commissioning of the port will be able to ship 16.5 million tons of LNG per year. First part of the project “Yamal LNG”, which is based on the resources of the South Tambeyskoye field, scheduled for launch in 2017 year.