API Marine/Valcom to equip a series of icebreakers

API Marine/Valcom to equip a series of icebreakers 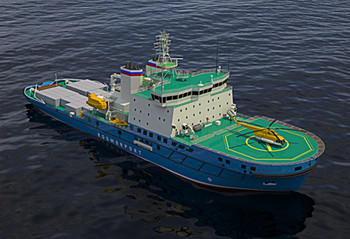 API Marine/Valcom advanced sensors have been chosen for equipping a series of icebreakers of project 21900M and project 22600 under construction at Vyborg Shipyard and Baltiysky Zavod shipyard, both on order by ROSMORPORT.

The scope of supply consists of a set of sensors, type UTS/UTT/UPT for measurement of level/temperature/pressure as well as draft and level measurement in ballast tanks.

API Marine/Valcom were chosen as suppliers due to the in-depth knowledge and experience as developers and manufacturers of sensors and systems designed to work in the harsh environment of the Arctic Area and the ability to withstand ambient temperatures of down to -50°С.