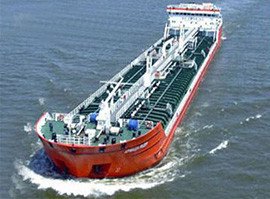 API Marine ApS has signed a contract with Besiktas Shipyard, Istanbul, Turkey for delivery of full Integrated Cargo Control, Monitoring and Alarm Systems for a new series of tankers to be delivered to Palmali Group of Companies.

The 10 tankers will be built as the third series of “ARMADA” project RST22M and will be equipped with fully integrated API system for cargo management, control and ships stability calculations.

The new contract between Besiktas Shipyard/Palmali and API Marine ApS follows a very constructive cooperation between API Marine ApS and Palmali, established through deliveries of full cargo, monitoring and alarm systems for previous series of ARMADA tankers built at shipyards in Turkey and Russia.

“With this new contract we continue successful cooperation with Palmali Group of Companies. The unique technology for accurate and reliable tank gauging developed by API Marine, based on acoustic principles, in combination with fast and flexible service support, securing overall reliable operation – has proved again to be the key points for the owners decision. To secure this important contract, API Marine has worked closely with Emarine Engineering Ind. & Trade Co.Ltd., Istanbul, Turkey – now appointed as official authorized API Marine representative for the Region.” – comments Sven E. Rasmussen, Managing Director of API Marine.