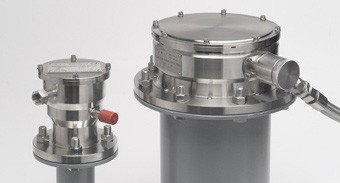 From April 5th to 7th 2006 API Marine will be participating in the leading event of the global maritime industry calendar together with the Danish Marine Group: the International Maritime Exhibition in Japan – Sea Japan 2006.

Being one of the most international exhibitions in Japan, Sea Japan represents a great opportunity for API Marine to introduce our products to a wide range of the global shipbuilding industry participants.

The API Marine stand at the Sea Japan 2006 will exhibit our range of patented sensors for tank gauging and liquid level switching, based on the cutting-edge acoustic technology.

Having patents for its products in Japan, US, EU and Russia, API Marine possesses unique technology, securing its competitive advantage on the market. High reliability and low maintenance costs of the sensors ensure increasing interest and appreciation among API Marine’s customers.

API Marine’s range of sensors and systems are suitable and highly demanded for LNG/LPG and chemical tankers, which is another significant prospect of API Marine’s participation at the Sea Japan 2006.

Sea Japan, the maritime exhibition and conference, is held every two years in Tokyo, Japan. It encompasses a wide range of participants throughout the shipbuilding, marine equipment and maritime services related industries. More than half of the exhibitors at Sea Japan are companies from around the world; several countries are even represented by national pavilions.

The last International Maritime Exhibition in Japan – Sea Japan 2004 hosted exhibitors from around 25 countries and regions, where Denmark was represented by 18 companies. Sea Japan 2004 attracted more than 16,000 visitors, most of them being marine equipment traders, suppliers and manufactures. The rest of the visitors were represented mainly by shipbuilders (including ship repair & conversion) and ship owners (ship operators).

Sea Japan was justly awarded “Global Award” by the Japan Exhibition Association at its annual award ceremony on the 30 May 2005 in Tokyo and acknowledged by the judges as one of the most international exhibitions in Japan.