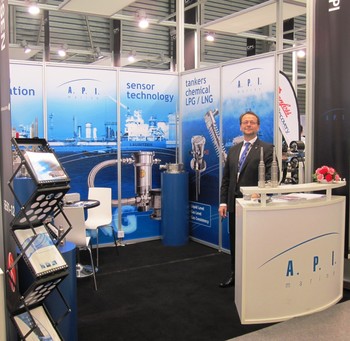 Following a highly successful exhibition in Korea, the 2011 maritime exhibition season moved to Shanghai, China where between 29th of November and 2nd of December, 2011 API Marine exhibited its range of sensors and automation systems together with the Danish Marine Group and Dan Marine Group Ltd.

After a busy week at Asia’s largest maritime event, API Marine gathered a number of new contacts and prospective business opportunities within the growing Chinese shipbuilding industry. Marintec 2011 resulted in expansion of API Marine agent network in Asia and an active interest for API Marine advanced sensor technology from the Asian industry players.