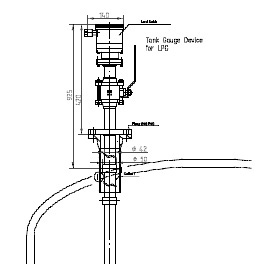 Measuring stratification of vapour in the cargo tanks is based on calculation methods from change in the speed of sound from change of density of actual gasses – providing advantages and cost saving for owners during gas freeing procedures.